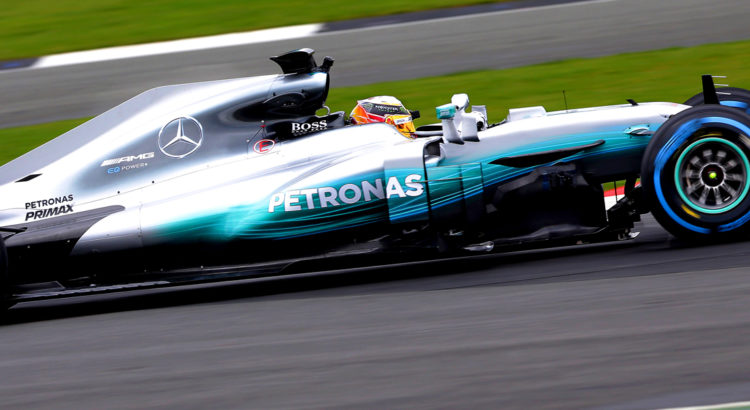 The last free practice session started under cold conditions and with an 80% probability of rain. Hamilton finished this session on P1 by setting an 1:28:063. Championship leader Sebastian Vettel finished second with a minimal gap of +0.032 seconds. (Photo source: imgur.com)

Mercedes has led every session so far this weekend, but it looks like Ferrari was able to catch up on them a little bit. Behind Hamilton and Vettel you can find Valterri Bottas, who got a five-place grid penalty for changing the gearbox, and Kimi Räikkönen on P4.

The most impressive pictures came from Sebastian Vettel as his car was sparking a lot at the beginning of his first stint.

Overall, it was a session with some off-track moments like for Lance Stroll for example, who finished the session in the last position.

With twenty minutes left it started to rain heavily and all competitors went back to their garages. Setting new fast times got impossible.

Close to the end of the session, McLaren’s Stoffel Vandooren got out on intermediate tyres. As the weather forecast says it’s going to be a dry race there was no point for the drivers to get out of track. Nevertheless, more drivers joined the Belgian due to the start practice possibility at the end of the session. Daniel Ricciardo nearly crashed into the wall as he lost his car by driving on the wet curb.